The program is created for future architects, students and their parents, and architectural and urban designers — young professionals worldwide. This program gives you a personalized mentorship, meets you with professional architects, designers, and professors from the U.S., Western Europe, England, and Latin America, and helps you to get relevant skills and knowledge to upscale your opportunities, improve your portfolio and CV to make a quality jump, choose a path you will be happy with, and have a career you will be proud of.

During the course, you will have a few live sessions with architects in addition to your group chat communication, text feedback, and portfolio review. 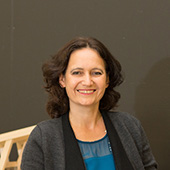 Tatiana A. Berger is an award-winning architect, urban designer, and educator. She holds a Master of Architecture degree from Princeton University and a B.A. in Architecture from the University of California, Berkeley.

Ms.Berger has over 30 years of international experience in professional practice and education. She has worked as an urban designer and architect in the U.S., Russia, Portugal, Spain, and Austria.

The plan for Chiado, Lisbon, and the Library in Viana do Castelo won several international awards, and plans for Ostozhenka District in Moscow were exhibited at the Venice Biennale. Berger was Executive Director of the Sochi Olympics for ILF Engineers, Innsbruck and Moscow. In this position, she coordinated the work of architecture and engineering firms in Russia, Austria, and Canada. In addition to architecture, her experience in professional practice includes landscape design and urban planning, furniture/product design, and construction administration.

A member of the ANFA Advisory Council since 2018, she has developed a new curriculum in architectural and urban theory with a focus on ANFA themes.

Tatiana is Liaison for Education for ANFA. In the summer of 2020, she created ACE (ANFA Center for Education), an international group of educators, who specialize in diverse topics in neuroscience/cognitive science for architecture and who wish to develop new courses or programs in NfA. ACE currently has 70 members from 16 different countries and meets four times per year. In addition to assisting educators who are part of ACE, Berger advises Master's Thesis students working on topics in Neuroscience for Architecture at the NewSchool of Architecture and Design and at the GSD, Harvard University.

Ms.Berger is co-founder and co-director of the Compostela Institute, a transdisciplinary laboratory for research and education in environmental design, providing courses and workshops in sociology, psychology, philosophy, anthropology, cultural studies, and building crafts each summer since 2010 in Santiago de Compostela, Spain.

Berger has lectured internationally on topics, in theory, urbanism, architecture, neuroscience for architecture, and transdisciplinary design education. She was an invited juror and guest speaker at ETH Zurich, Porto School of Architecture, NAAD Venice, Moscow Architectural Institute, Princeton University, and the Graduate School of Design at Harvard University.